It often starts with a courteous smile followed by raised eyebrows and a slight alteration in the tone of the voice. This follows by a surprised "Wow!" or a curious "Really?" or even the unintended but clearly indicative "Oh." The conversation then launches into queries on why we have decided to homeschool our children and how different this is from mainstream education. And then comes the question that almost always escapes the lips of the other party: "Aren't you concerned that your child will lack social skills if you homeschool him?"

The general public has a rather hazy picture of homeschooling. They imagine a tired mother conducting lesson after lesson for her child. This could either take the form of rigid classes and the regurgitation of facts. But more often than not, there is a general perception that homeschooling is unstructured and that the lessons are mostly unplanned and whimsical. There is also the perception that homeschooling lacks the academic rigour of mainstream education.

In one scenario, the poor homeschooled child would be sitting at his or her desk from dawn to dusk, with hardly time to do "homework". An alternative scenario paints the image of the child playing from morning to evening, with the mother adopting a laissez-faire approach towards studying.

Both these scenarios presume that all learning is done in isolation; with the mother as the sole educator of the child. Even when there is a presumption of outdoor activities, this is imagined to be a one-to-one visit to the local library or science centre, where the child is pictured scribbling notes to be re-examined once he or she returns home.

Thankfully for us, the homeschooling experience is in complete contrast to the situations described above. A typical school day begins after breakfast, with my wife embarking on a prepared curriculum. This could take the form of reading a book, a paper-and-pencil activity, or even engaging in painting or other craft work. This would take us to the late morning, when my son would then watch a short educational/music video while my wife prepares lunch.

After lunch would be nap time, and by the time both boys wake up, it would be almost late afternoon. Daddy would normally be back by then, and the boys would spent some time playing at home before going for an evening walk at a nearby park or other nature spot. There would then be a short window after dinner, when the family spends time just sitting at the sofa and chilling out. Bedtime is usually at 8 or 9 pm. The children are sent to bed one by one, after completing their personal nightly rituals. It's then lights out after a Bible story and prayer.

I can understand why such a schedule might cause critics to express their concerns about the social life of a homeschooler. There is however more to this than meets the eye.

When I was conducting research on the relationship between socialisation and homeschooling for this article, I discovered a wide body of studies co-relating the strong positive link between homeschooling and socialisation. The link to one such article can be found here. These studies discussed the negative impact of social ties in mainstream schools, with instances of bullying and ostracism accounting for low self-esteem among children. There is also the notion that many students in mainstream schools are saddled with a large amount of work, and that other than the time spent in non-academic activities, that students ironically do not have much time to socialise.

Conversely, these studies revealed that homeschoolers are not as easily susceptible to peer pressure, given that they do not have as many peers to compare with. They are therefore more secure and have a higher sense of self-esteem. There is also the research that shows that while homeschooled children may have fewer friends, that these friends tend to share similar perspectives; children therefore form stronger friendships among their homeschooling peers.

This is the case for us, as both our children have formed very firm friendships with their homeschooling friends. We are part of a community that meets once a fortnight at locations around the island. Comprising four families, we have exactly five boys and five girls in this group, with ages ranging from 1 year to 8 years. Meetings have been very eventful, and we mostly go to places such as the Singapore Botanic Gardens, the Singapore Zoo and also the Singapore Science Centre. We recently also joined another homeschooling play group near our home, and we plan to go for activities on the other available fortnight. And then there are the regular meetings on Saturdays (when we have fellowship group meetings in church) and Sundays (when the kids go for Sunday school in church). This does not include the planned play date sessions with various children among our relatives and friends. All in all, I must say it's been rather full for us on our social calendar!

I could write so much more on this topic. But pictures paint a thousand words, and I'm certain moving pictures multiply the effect. This is the TED talk of a young boy, Logan Laplante, who was taken out of the mainstream education system to be homeschooled at the age of 13. We also watched an interesting movie today, Come What May, which we learnt was produced by a group of 40 homeschooled children with assistance from professional filmmakers. A trailer of the movie, which discusses the issue of abortion from a legal perspective, can be found here.

Back to the question there is so often asked: "Aren't you concerned that your child will lack social skills if you homeschool him?"

Well, it's precisely because our children are homeschooled that I am certain they will develop the necessary social skills to succeed in life. More than that; I believe our children will gain a deeper and richer education than if they were sent to a mainstream school. I would like them to grow up to not only desire happiness and health, but also to love God and make a difference in the lives of others. 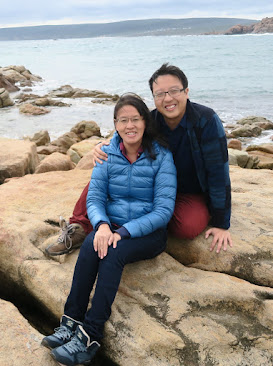 This is a story of our parenting journey. We became parents by Purpose, on purpose. It is our heart to continue this journey in a purposeful posture; and to bring up our children so that they will know and understand their purpose in life.